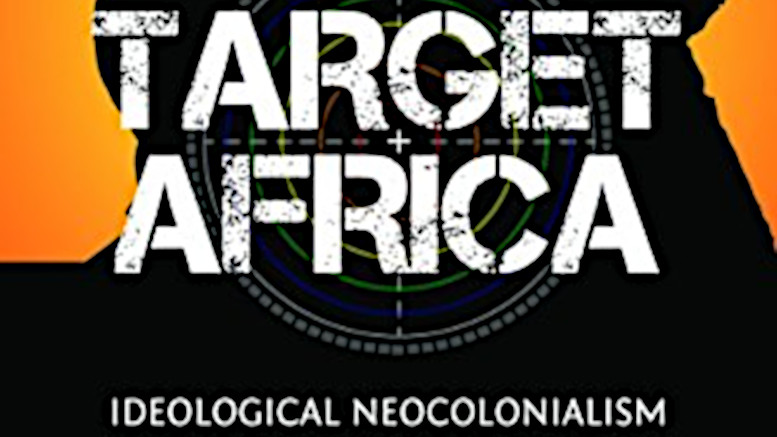 The World Bank estimates that the fertility rate of Sub-Saharan Africa in 2018 was 4.7 births per woman, with birth rates in steady decline since the peak of 6.8 births per woman in 1975. That compares to a current average of 1.7 births per woman across Europe, Central Asia and North America. Birth rates for some technologically-fixated Western and East Asian countries are crashing, with South Korea currently at the bottom of the table with 1.0 births per woman. These all-time-lows in fertility for certain societies are causing predictions of their drastic population decline over the coming decades. Despite evidence of reducing fertility over recent years, black Africa remains at more than double the population replacement rate of 2.1 births per woman, as calculated in countries with peace, adequate healthcare and low infant mortality.

Sub-Saharan Africa's birth rate has caused the total population of this region to increase from an estimated 333 million in 1975 to 1.1 billion in 2018. That compares to 449 million people for the entire Middle East & North Africa region, 447 million for the European Union and 364 million for North America in 2018. The United Nations has projected that the population of sub-Saharan Africa will be somewhere between 3 billion and 4.5 billion people by the year 2100, at a 95% prediction interval. That might well be Malthusian scaremongering, given how quickly birth rates have fallen in other regions in recent years.

Perhaps an unwillingness of post-colonial sovereign states in Africa to address the accelerating shift in the global population's racial balance focuses attention on external interventions by Western institutions and NGOs. The late Frances Cress Welsing cited 'numerical inadequacy' in her theory of 'color-confrontation' and racism, a work which directly inspired the Public Enemy album title 'Fear of a Black Planet'. It's almost as if some people are anxious that Africans will use up the resources that Western lifestyles depend on.

In support of Ekeocha's position, it is an open secret that the NGOs funnelling millions of dollars into population control programmes are mostly run by white Westerners, usually male. A quick check on the photos of board members for the leading population and reproductive rights organisations will confirm this. It's also straightforward to establish the links between these organisations and advocates of eugenics, despite any claims of empathy for the plight of the African woman.

The Bill & Melinda Gates Foundation comes in for particular attention in this book. By Bill Gates' own admission, his father William Henry Gates II was a senior figure in Planned Parenthood, formerly known as the Birth Control Federation of America. Gates senior has admitted working alongside white supremacist Margaret Sanger, who developed the 'Negro Project' of 1939-1942 in a deliberate attempt to limit black birth rates in the USA. In the 1930's, poor black Americans were considered a burden on state resources by an openly racist administration. To this day, some black Americans conclude from the proportion of Planned Parenthood clinics located in their neighbourhoods that the Negro Project is ongoing.

In the dominant narrative that Ekeocha seeks to challenge in her book, birth control programmes are created purely to help and support women in Africa and elsewhere. For example, the legalisation of abortion in Africa, actively lobbied for by Western NGOs and governments alike, is presented as reducing maternal mortality in childbirth. However, Ekeocha points out that what African women are actually asking for is better antenatal care, and facilities such as blood transfusion centres which would save their lives in the case of difficult and dangerous births. The millions of dollars poured into regime compliance, pressuring African leaders to get on board with a particular sexual rights agenda expected to reduce the black birth rate, do nothing to help those women.

It might be troubling for the Western reader of this book, who has donated to African relief projects in good faith, to find out how funds are being used to impose a particular ideology. This ideology posits that African bodies must remain highly available for the sexual gratification of men, but there must be fewer Africans born. This mixture of androcentric 'free love' and Malthusian coercion is particularly disturbing in the context of recent revelations of sexual abuse in the aid sector, including admissions of the exploitation of desperate women by Oxfam and Save the Children field staff.

It would appear from Ekeocha's book that what was first attempted in the Negro Project is now being done in Africa, thanks to the astonishing wealth of white billionaires who can afford to outspend whole countries on social programmes, and direct national healthcare policy towards eugenic priorities. It hasn't gone entirely to plan, according to Ekeocha's account. Some of the millions of condoms shipped to Africa have turned out to be poor quality and useless.

Statistics presented in this book challenge the assumption that Western-inspired models of sexual behaviour and healthcare work in Africa. For example, South Africa has high rates of condom use, but also maintains high rates of HIV. Across sub-Saharan Africa, the majority of new HIV infections are of women, with women aged 15 to 24 making up a quarter of the total. Zimbabwe has a high contraceptive use rate and high maternal mortality, compared for example to Ghana where both of these rates are significantly lower. By contrast, countries which have retained African attitudes to sexuality and the family have far lower HIV rates, according to Ekeocha's argument.

Attitudes to homosexuality in this book might be hard to accept for the secular Western reader. Ekeocha's position is that same-sex attracted people should be treated with sympathy, but that gay and lesbian marriage makes no sense in African cultures where matrimony is specifically associated with the conception and raising of a couple's own children. Ekeocha cites a few surveys to make the argument that hers is the majority opinion in African countries.

If progressive politics means other countries accepting Western values on sexuality and reproductive rights, it is not clear which values, if any, are being exchanged in the other direction. Should the process of creating new social and cultural rights be entirely unidirectional, beginning from Europe or North America and driving towards Africa, it is difficult to discern how this differs from the racist notion of a superior Western culture and a backward, primitive African culture, as actively endorsed by 19th century Western colonisers. Ekeocha's use of the phrase 'ideological neocolonialism' therefore seems justified.

In late 2011, both UK prime minister David Cameron and US president Barack Obama made separate threats to withdraw aid from African countries unless national laws were changed on gay rights. Malawi, a country where gay rights were cited as one reason for the withdrawal of aid by the UK, is one of the poorest nations on the planet. Almost all Malawians are subsistence farmers, with a GDP per person estimated at about one US dollar per day. According to the BBC, the country has one million AIDS orphans in a national population of about 20 million. Life expectancy in the country was just 47 years as recently as the year 2005. The pressure on African governments to accept foreign aid, even with ideological strings attached, must be intense.

Perhaps one of the most surprising interventions by Western powers described in the book took place in Sierra Leone in late 2015. The Ebola outbreak which had begun in that country the previous year was only just under control, yet the United Nations had decided to make lobbying for abortion legalisation a priority there. It turns out that 'reproductive rights' are not the same thing as the 'right to reproduce', and it would be difficult to conclude that the rest of the world wants countries like Sierra Leone to grow and thrive. The fact that the average African consumes far less of the world's resources than the average Westerner seems to count for very little in donors' expression of global population growth anxiety.

This book will challenge the reader who thought that national sovereignty and self-determination for Africans mattered in progressive circles. Ekeocha's work is a provocative contribution to the debate on population, global resources and demographics.