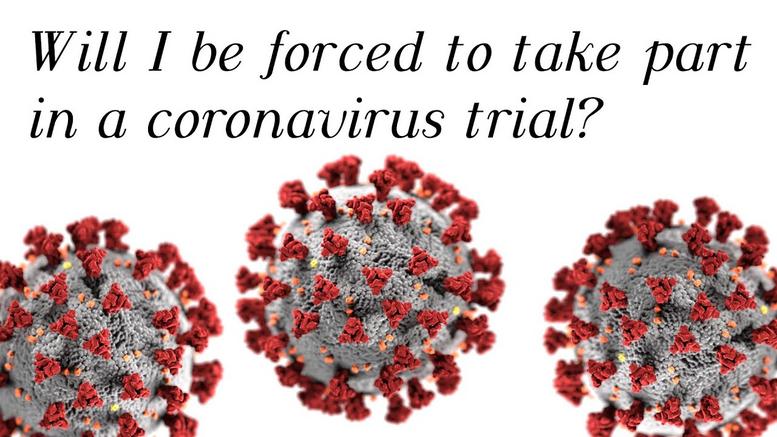 Your app is saying one thing that this individual who carries this particular app is immune because they've had an antibody test or something. On the one hand, we don't know if that test is reliable, on the other hand we don't know if that antibody confers sufficient immunity to put people into the wider world and let them freely circulate. So there's those kind of concerns.

There are also concerns about the modelling being used. Because we're a small island it's assumed that having fewer infections means that we somehow have benefited from having this water barrier to the mainland that restricts travel. But what if the problem is not one of the separation, but it's just a time problem. So if very few people from this island have actually been to China recently, or traveled in Asia, we might have infections from secondary sources. So somebody on the mainland has been to China or wherever, they've been to Italy, and they come back and they spread it around London for a bit, and then somebody comes from London, they come to the Isle of Wight, they spread it around a bit. So obviously you'd expect there to be a lag, some sort of time delay of perhaps a couple of weeks or more before those sort of secondary infections, get under way.

So the assumption is that a small island is a good place to test this, but what if we're in fact only experiencing this lower infection rate because we're just behind the times slightly. So then if you unleash people who are perhaps carriers or contagious people, into that small island community on the assumption that it's somehow less vulnerable than other kinds of communities, your modelling could could fail at that point because you've incorrectly identified the reason for the lower infection rate.

Then there are other technical problems. Smartphones, as we know, are mostly used by younger people. The demographic on the Isle of Wight is more of an elderly one. And so the most likely people to benefit from a smartphone app are perhaps the least vulnerable group, and the most vulnerable group, the elderly, perhaps the least likely to be walking around with a smartphone with their Bluetooth enabled.

You've got the practical problems of any technology-based trial, the gotchas that you don't anticipate. If someone's battery is flat on their mobile phone, can you use it for contact tracing? If they don't have signal, can the app upload data? And what if they've just left the phone at home, because they don't want to be traced walking around?

I'd like some help from the community to help me answer these kinds of questions, and I'm especially interested in your responses if you are a computer scientist or a biologist, a medical researcher, and you can give some insight into this sort of trial and how it might play out.

My concern is that the digital immunity certificate, this idea that there will be something on an app that shows you're eligible to travel and contact other people, as we used to do in the past, is leading people into a false sense of security potentially, because of some of the issues that I've mentioned.

And so I'm wondering if this this false sense of security, or this this false immunity, will itself mean that the digital certificate or the app becomes a new disease vector, a way of spreading the disease more widely.

Please do leave a comment on the video, or even better make your own video and send it to me, and I will post it on this channel. Thank you very much!